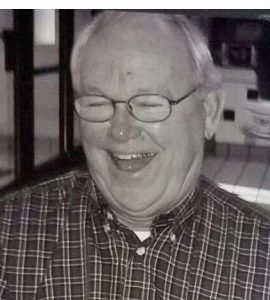 Kenneth “Ken” Irvin Schuler, 75, of Waverly Iowa, passed away peacefully on Tuesday August 1, 2017 after a courageous battle against cancer at the University of Iowa Hospitals & Clinics in Iowa City, Iowa.Ken was born on August 16, 1941 in Florissant, Missouri to Carl and Mildred (McMenamy) Schuler. On June 5, 1965, he was married to Elizabeth “Beth” (Hickey) Schuler at St. Angela Merici in Florissant, Missouri.

Ken was a lifelong worker, with many years in Manufacturing, and retired as a Sales Director for Lou-Rich. He continued to serve as a consultant in the industry and was an active member in the Society of Manufacturing Engineers. Ken loved his church, his family and had many interests, hobbies and was committed to helping others. Possessing a gregarious laugh and infectious smile, Ken was beloved by many.