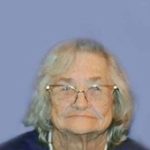 Loretta was born on February 2, 1935, at her childhood home in Cedar Falls, Iowa, the daughter of Homer Hilton and Lauramae Marie (Neuenkirk) Towsley. She attended Cedar Falls schools until she married Robert Davidson on August 11, 1952, at the Little Brown Church in Nashua. They later divorced after 30 years.  Loretta graduated from Vista High School in Vista, California in 1953. Robert and Loretta spent two years in California and returned to Waverly, IA after the Korean War. She worked for Control-O-Fax in Waterloo for 31 years until retirement in 1997. She then went to Hawkeye Tech and got a CNA license. For five years, she worked for Cherry Street Home Health Care in Shell Rock. Afterwards, she volunteered at the Waverly Senior Center at which time she was awarded the Governors Volunteer Award in 2010.

She was a member of the Amvets Ladies Auxiliary where she served as the past president. She enjoyed her family the most, but also enjoyed reading, crocheting, gardening, playing 500 cards and bingo at the Waverly Senior Center.

Loretta is survived by her two daughters, Debra (Erwin) Mills of Waterloo and Lorie (Robert) Huffman of Waverly; her granddaughters, Dana Heath Taylor of Longview, Texas; Lorna (Sean) Huffman Acker of Britt; Lisa Huffman of Des Moines; and a grandson, Ryan Ebaugh of Longview, Texas; six great-grandchildren, Brittany and Jacob Taylor, Ryan Ebaugh Jr., Jonah Ebaugh, and Nicholas and Lucas Huffman; and two great-great-grandchildren, Brayden and Clarity Taylor. She was preceded in death by her parents, and her brothers, Edward and Robert Pittman.