What better way to end the week than with a Spaghetti Dinner sponsored by the VFW! Tonight’s meal will be Spaghetti, Coleslaw, Garlic Toast, and Dessert!  Enjoy good food, and the company of friends and family at the club! Cost is only $9.00!  All proceeds from this meal will go to the Waverly Cemetery fund to provide needed repairs to veterans grave sites in Harlington Cemetery!   All orders must be called in by 5 pm the day prior!

Come on out and help your neighbor and give blood! 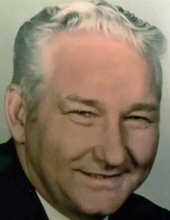 Wayne was born on January 8, 1933 in Allison, Iowa, the son of Verland and Verbena (Adelmund) Brown. Wayne enlisted in the Marine Corps in 1952. He served during the Korean War from 1952 to 1954, earning the Purple Heart. After returning home from Korea, he married Alice A. Huxford on March 9, 1954 at St. Pauls Lutheran Church in Waverly. He was honorably discharged from the Marine Corps in 1955. The Browns made their home in Waverly, where Wayne was hired on to the Waverly Police Department in 1965. Wayne was a respected and beloved officer who was known for his sense of humor and practical jokes. He retired from the police department as Asst. Chief of Police in 1994. Wayne was a member of the Church of the Nazarene for many years, served as a Sunday school teacher and church board member. He was also a member of the VFW, AMVETS, Marine Corp League and American Legion.

Wayne loved the Lord, cherished his family, and especially enjoyed cutting wood in his wood pile. He also loved spending time with his wife, children, and grandchildren.

Wayne was preceded in death by his parents, four brothers, Verland, Harold, LaVerne, and Melvin; and one sister, Kathleen Eliason. 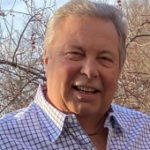 Put away those pots and pans and head down to the club!  The Marine Corps League is serving up a meal that can’t be beat!  Tonight’s menu includes chicken and noodles, glazed carrots, jello salad, and dessert, all for just $9!  So come down to the club and enjoy good food and friends!  Curbside & Dine In ! Orders must be called in by 5 PM the day prior!