What better to do on a Friday than head down to the club for a beverage and a round of pool!  Come down, hang out with your friends and show off your skills with a  stick and ball.  It’s free 4-7PM!

Get out of that hot kitchen and down to the club where a hassle free dinner awaits!  Tonight’s menu hosted by the VFW consists of a Smoked Pork Chop Meal for just $8.00 !   TO GO ONLY!

Cootie Steak Fry! – Call for Reservations by 3pm, 319-483-9287.  Join the VFW at Post 79 for our famous Steak night! Your choice of meat grilled to your standards, garlic bread, potato and salad bar for one low price! Help support your Waverly area veterans and have a great meal all in one great evening! 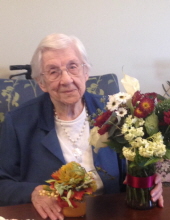 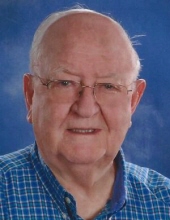 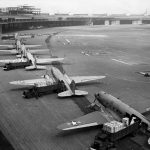 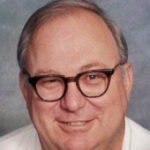 George E. Green, 72, of Waverly, Iowa passed away on Wednesday, April 15, 2020 at the Waverly Health Center in Waverly.

George Edward Green was born on December 18, 1947, the son of Royal Clayton and Frances Irene (Brown) Green in Jacksonville, Illinois. He graduated from Springfield High School in 1966 and then received his Associate Degree in Arts from Springfield Junior College in 1968 and his BSME from the University of Illinois in Urbana, Illinois in 1971. He served with US Army Reserve and the Iowa National Guard from July of 1971 until July of 1977. On March 25, 1972, he was united in marriage to Vivian Therese Haislar at the Little Flower Church in Springfield, Illinois. George was employed at Koehring Corporation (Bantam and Terex) from June of 1991 until retiring on June 28, 2008. He was then self employed as a consultant for Terex from July 2008 until June of 2017.

He was a member of the Registered Professional Engineers and Society of Automotive Engineer (SAE). He enjoyed riding his motorcycle and shooting. George was a Boy Scout leader for Troop #90 from 1989 until 1999.

A special note…     My dad wasn’t a man of many words, but he was always selfless and cared deeply for his family.  He remained selfless and caring to the end.  Our world seems a little less bright today.  Even though the last few days have been difficult, we always managed to find humor and love in them.  We told stories, shared memories, shared tears, and remembered to laugh from time to time even when things were hard.  My favorite was probably a day or two ago.  Dad sitting up on the edge of his bed – tired, but smiling – looked at Joe and I and said, “Well, this is probably our chance to make a run for it!”

We are grateful beyond words to have so many loving people in our lives, and your kind words and deeds have been very much appreciated by Dad and the whole family.

We would leave you with this request. As would be appropriate for Dad’s side of the family, shed a tear if you choose, but then take some time to share a happy memory or funny story and enjoy time with each other.

On behalf of the entire family, thank you for being on this journey with us.

Survivors are his wife, Vivian (Vicky) Green of Waverly, Iowa; two sons, Joseph (Sarah) Green of Brooklyn Park, Minnesota and Patrick (Brenda) Green of Hastings, Minnesota and five grandchildren. He was preceded in death by his parents.