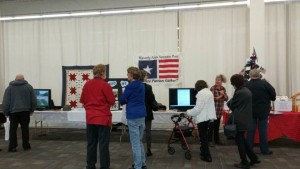 November was another busy month for the staff of Bremer County Veterans Affairs! We finished planning and carrying out another very successful Veterans Day event with about 500 veterans and their family members joining us throughout the day and Neal spent several evenings in your communities providing outreach. Additionally, we had over 300 contacts with you, our veterans, through office visits, phone calls, text messages and emails!!
We have 72 active claims that are in various stages of development and as you’ve all heard before, if you want something done, do it right the first time so you don’t have to keep doing it. Right now, we’re booked out a month which is MUCH better than in previous months and, generally speaking, we’re heading into our slower season although, based on last year, that has yet to be fully determined.
Obviously, we understand that it’s difficult to get in touch with us sometimes but we want to ensure that you should continue trying. The Director is seeing appointments and working on claim development, at least, eight hours a day and there is ALWAYS a Clerk on duty to answer phone calls and to meet you at the door.

We ALWAYS welcome to our County Commission on Veterans Affairs meetings, which are generally scheduled at 3:00 pm on the second Tuesday of each month. You can find out what’s going on in the office, new initiatives and address your concerns about the veterans affairs program. This is your opportunity to have your voice heard by the entire Commission! 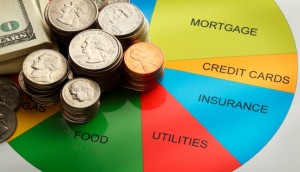 In mid-October the announcement came that there will be no Cost-of-Living Adjustment for military retirees, veterans receiving benefits and social security recipients. This is only the third time in forty years where there hasn’t been a COLA increase.
The reason there’s no COLA increase for 2016 is because there was no inflation and that’s what increases are tied to. The price of goods and services used in the calculation of inflation actually fell in 2015, particularly gas prices.
Government Executive details the calculation of whether or not there will be a COLA increase this way:
The average of the July, August and September 2015 Consumer Price Index for Urban Wage Earners and Clerical Workers (CPI-W), along with the average from the third quarter of 2014, is used to calculate the 2016 COLA. The annual COLAs are based on the percentage increase (if any) in the average CPI-W for the third quarter of the current year over the average for the third quarter of the last year in which a COLA became effective. In this case, that is 2015 and 2014.
There has been backlash in response to the lack of a COLA increase this year, particularly as seniors are feeling the pinch of higher medical costs and in particular, rising health insurance premiums. 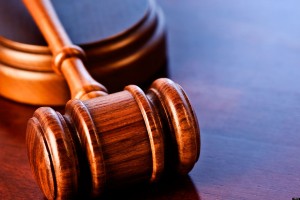 Despite the lack of an increase, some lawmakers are looking toward legislation to remedy what they say as being to unfair to seniors, veterans, social security recipients and military retirees.

Rep. Alan Grayson (D-Fla.) introduced the Seniors Deserve a Raise Act on October 16.
“Simply put, most of our parents and grandparents desperately need a raise. And they clearly deserve on,” said Grayson about his bill, which has 43 co-sponsors. “My bill calls for a 2.9 percent COLA for 2016, and ensures we give them a more accurate cost-of-living increase in the years ahead. Our seniors are seeing their costs rise – their Social Security payments need to rise as well.”
Grayson’s legislation calculates future COLAs based on the Consumer Price Index for the Elderly, also referred to as CPI-E. This is a formula that’s specific to the lives of seniors because it incorporates the price of items that are most relevant to this segment of the population, including medical costs and prescription drugs.
This is compared to the way COLA increases are calculated now, which relies on the CPI-W, that looks at the costs of goods like food, housing, energy, clothing and transportation.
Despite the legislation many are not expecting it to make a difference anytime soon, particularly since Rep. Mike Honda of California introduced the CPI-E act on the House floor in July, but it’s since been stalled in committee.
“The costs seniors bear are different than those for younger people,” said Honda, when announcing his bill. “Our current method of accounting for cost-of-living adjustments does not take that into consideration. We need to recognize this discrepancy and change the formula that determines federal retirement programs to make sure our seniors can enjoy a safe, secure and healthy life in their later years. Seniors depend on these programs and deserve to be treated fairly.”
The full list of groups impacted by COLA stagnancy or increases includes:
• Retired military veterans
• Disabled veterans
• Veterans pension recipients
• Survivor benefit annuitants
• Surviving families of veterans (Parent’s and Indemnity Compensation)
• Social security recipients
• Federal civilian retirees
• Supplemental Security Income (SSI) recipients
• Those eligible for Medicare Extra Help and Medicaid
• Individuals participating in federal and state food and housing assistance programs 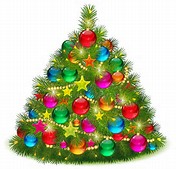 Last year, we began adopting several veteran families in the community that were struggling to provide their family with a semblance of Christmas. The support, last year, was unbelievable and each of the families were astounded at the willingness of our communities to step up and make a difference in their lives.
This year, we’ve decided to adopt two families that are struggling and we’re asking for your help! If you’re interested in assisting one of our veteran families, please see their needs and wants lists below and consider helping one of our own out. If you would like to donate items or allow us to purchase them for you, please drop your donations by the office and, feel free to include a Christmas card from your family to the veteran!
Family One
Family one is a single mother and her three year old son. Her favorite colors are blue or gray and his favorite color is blue.
Three Year Old Son:
• Warm socks
• Shoes – Size 11 (Children’s sizes)
• T-shirts – Size 4/5T (Long or Short)
• Tracing letter book
• Coloring books (Trucks, Cars, Boats or something similar)
• Peg Puzzle of the United States or World Map
• Books to read for bedtime
• Posters – Lightning McQueen or any Cars Character
• Legos
• Blue Ray Movies such as Peter Pan, Planes, Monsters Inc., Bambi, Aladdin, or Finding Nemo
Mom:
• Long-sleeve T-shirts – Size Medium
• Running Tights
• UNI Zip-Up Sweatshirt
• 4 x 6″ Picture Frames
• White Canvas – For Painting
• Fruit-scented candles
• Shower Body Scrub
• Hand Blender for smoothies, drinks, etc.
________________________________________
Family Two
Family two is a full family with four children. Their list is split up by family member with the veteran and his wife combined.
Nine year old girl who likes pink
• Clothing (She wears children’s size 14-16)
o Leggings
o Tops
o Socks
o Pretty much any kind of clothing
• Legos
Eleven year old girl who likes blues and pinks
• Clothing (She wears children’s size 8)
o Leggings
o Tops
o Socks
o Pretty much any kind of clothing
• Anything having to do with art like canvases or paints
Ten month old twin girls
• Clothing (They wear 12-18 month old clothing) (They need EVERYTHING)
• Dolls
• Books
• Learning Toys
Parents
• Laundry soap
• Dish soap
• Shampoo
• Body soap
**They would really like to be able to have a Christmas dinner