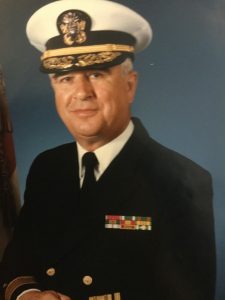 Alvin Koeneman, 84, of Tucson, Arizona and formerly of Waverly, Iowa passed away on Tuesday, February 20, 2018 at Country Club La Cholla in Tucson, Arizona.

Alvin B. Koeneman was born on July 1, 1933 the son of Berthold Carl and Marie (Witt) Koeneman in Omro, Wisconsin. Al graduated from Wartburg College in 1955. While attending Wartburg, Al was a member of the Wartburg Choir, where he met his future wife. On June 3, 1956, Alvin was united in marriage to Emelie R. Jackson at St. Peter’s Lutheran Church in Greene, Iowa. Following their marriage, the couple lived in Dubuque where he attended Wartburg Seminary, graduating in 1959 from the Seminary. Following his ordination in Oshkosh, Wisconsin, he served two parishes in Southern California. First as organizing Pastor of Carlton Hills Lutheran Church in Santee, CA and then as Associate Pastor at St. Peter Lutheran Church in Santa Ana, CA. Al was commissioned in the Navy Reserve as a LTJG in 1962 and attended Chaplains School in Newport, Rhode Island in 1967. In the intervening years, he served several Marine Corps, Navy and Coast Guard units assigned to the Reserve Center in Santa Ana.

His naval tours include a variety of billets ashore and afloat, including two tours in Vietnam as a circuit rider on the rivers of the Mekong Delta and off shore waters. Al was a plank owner of the nuclear owner aircraft carrier, USS Carl Vinson (CVN 70) and of the Navy’s groundbreaking efforts in drug intervention as plank owner of CREDO Norfolk and Credo Jacksonville. He was selected to flag rank in 1984, while serving as the Director of Plans, Programming and Budget in the Office of the Chief of Chaplains. He was promoted Admiral in 1985 and appointed the Chief of Chaplains in 1989 in the Office of the Chief of Naval Operations. With this assignment he also had additional duty orders to the Secretary of the Navy, the Commandant of the Marine Corps, the Commandant of the Coast Guard and while serving as Chairman of the Armed Forces Chaplains Board and additional duty to the Joint Chiefs of Staff.

Following the Navy, he returned to Wartburg College, where he served first as Senior Development Officer and subsequently as Vice President for Development. He retired in June of 2000 from his last position as Special Assistant to the President. He was an Associate in the Mission Support Office of Wartburg Seminary for about 6 years and retired again after interim ministry assisting Pastor Brian King at Nazareth Lutheran Church in Cedar Falls. His wife, Emelie passed away on November 9, 2001. On August 1, 2003, he was united in marriage to Carol Wessels Bye at the Wartburg Chapel in Waverly, Iowa.