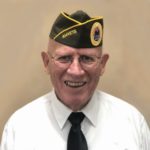 The Meaning of the Flag-Draped Coffin.

What a wonderful lesson this was for me. I do not recall ever being taught this in school. “The Meaning of the Flag-Draped Coffin”

All Americans should be given this lesson. Those who think that America is an arrogant nation should really reconsider that thought. Our founding fathers used GOD’s word and teachings to establish our Great Nation and I think it’s high time Americans get re-educated about this Nation’s history.

Please pass it along and be proud of the country we live in, and even more proud of those who serve to protect our ‘GOD-GIVEN’ rights and freedoms. I hope you take the time to read this … To understand what the flag draped coffin really means …

Here is how to understand the flag that laid upon it and is surrendered to so many widows and widowers: Do you know that at military funerals, the 21-gun salute stands for the sum of the numbers in the year 1776?

Have you ever noticed that the honor guard pays meticulous attention to correctly folding the United States of America Flag 13 times? You probably thought it was to symbolize the original 13 colonies, but we learn something new every day! The 1st fold of the flag is a symbol of life. The 2nd fold is a symbol of the belief in eternal life.

The 3rd fold is made in honor and remembrance of the veterans departing the ranks who gave a portion of their lives for the defense of the country to attain peace throughout the world.

The 4th fold represents the weaker nature, for as American citizens trusting in God, it is to Him we turn in times of peace as well as in time of war for His divine guidance.

The 5th fold is a tribute to the country, for in the words of Stephen Decatur, ‘Our Country, in dealing with other countries, may she always be right; but it is still our country, right or wrong.’

The 6th fold is for where people’s hearts lie. It is with their heart that they pledge allegiance to the flag of the United States of America , and the Republic for which it stands, one Nation under God, indivisible, with Liberty and Justice for all.

The 7th fold is a tribute to its Armed Forces, for it is through the Armed Forces that they protect their country and their flag against all her enemies, whether they be found within or without the boundaries of their republic..

The 8th fold is a tribute to the one who entered into the valley of the shadow of death, that we might see the light of day.

The 9th fold is a tribute to womanhood, and Mothers. For it has been through their faith, their love, loyalty and devotion that the character of the men and women who have made this country great has been molded.

The 10th fold is a tribute to the father, for he, too, has given his sons and daughters for the defense of their country since they were first born.

The 11th fold represents the lower portion of the seal of King David and King Solomon and glorifies in the Hebrews eyes, the God of Abraham, Isaac and Jacob.

The 12th fold represents an emblem of eternity and glorifies, in the Christians eyes, God the Father, the Son and Holy Spirit.

The 13th fold, or when the flag is completely folded, the stars are uppermost reminding them of their Nations motto, ‘In God We Trust.’

After the flag is completely folded and tucked in, it takes on the appearance of a cocked hat, ever reminding us of the soldiers who served under General George Washington, and the Sailors and Marines who served under Captain John Paul Jones, who were followed by their comrades and shipmates in the Armed Forces of the United States, preserving for them the rights, privileges and freedoms they enjoy today.

There are some traditions and ways of doing things that have deep meaning. In the future, you’ll see flags folded and now you will know why.

Please share this with the children you love and all others who love what is referred to as the symbol of ‘ Liberty and Freedom.’

MAYBE THE SUPREME COURT SHOULD READ THIS EXPLANATION BEFORE THEY RENDER THEIR DECISION ON THE PLEDGE OF ALLEGIANCE. FORWARD IT; MAYBE SOMEONE WITH THE NECESSARY POWER, OR POLITICAL AND FINANCIAL INFLUENCE, WILL GET IT TO  THEM.

IN THE MEANTIME, MAY GOD PROTECT US ALWAYS. ONE NATION, UNDER GOD, WITH LIBERTY AND JUSTICE FOR ALL.

April 28, 2020
REF: Department Convention 2020
Fellow AMVETS, Auxiliary, Sons, Riders, and Juniors:
In these unprecedented times, our Constitution and ByLaws does not address how we would handle a quarantine situation like the one we are currently in. Our Post homes have been closed and many of you have not been near anyone since mid March unless it was grocery shopping, gas or pharmacy needs.
Guidance from National indicates many States across the Country have already cancelled their State Convention. In discussions with the Marshalltown Hotel, they are currently only renting hotel rooms. Banquet Rooms, lounge, restaurant, bar and pool have all been closed. Their quarantine period has recently been extended again until at least May 15th. Marshall County is one of the current hot spots for the virus. Due to the age of our membership, and in the interest of keeping everyone safe the AMVETS State Convention is cancelled for 2020. In late June or July, we will attempt to set a one day meeting at a Post to take care of Convention business like the 2020-2021 budget and election of officers. We will give everyone plenty of notice of when this will take place. National Commander Jan Brown has extended revalidation requirements for Departments to August 1, 2020. If Departments are unable to hold elections before then, the current officers will remain in their respective positions until next year.
Any officers not able to continue to serve, those vacancies would be filled by the existing CBL.
For those Posts, who will not be changing any officers, I urge you to submit your revalidation paperwork to Executive Director Clark Leckington as soon as you are able. I have enclosed a copy of the revalidation form with this information. If I can be of any assistance to you please do not hesitate to reach out. I know these are difficult times for our Posts and for our Post Homes who rely so much on Clubroom income. Working together, we can all get through this together.
Kevin Reece
Commander AMVETS Department of Iowa
319-936-0383

Please click on “Commander’s Call” to open the entire newsletter.
This will be the last call to get an engraved brick placed at the Veterans Tribute.  For an application blank, go to our website:  waverlyvets.us, then click on veterans tab, then click on tribute tab.  There you will find the application.  Any questions, call Carl Benning at 269-9541.
The deadline for scholarship applications is April 15.  These are available for high school seniors and underclass members at college.  Applicants must be a direct relative (also aunt, uncle, sibling) of a veteran.  Forms are available from the high school guidance office or at WAVP.

Veterans’ Employment Services: Any veteran looking for employment opportunities can now visit with a representative at the WAVP. Call Jeremy Rosol (319-235-2123 ext. 41314) for an appointment. Visit with this rep. to determine eligibility for several available programs.

Veterans’ Benefits: Before you automatically dismiss this idea because you feel ineligible, be aware that approximately $50 million are distributed to Iowa veterans every month! When filing for ANY benefit claims, make certain to get a service officer involved. Any incorrect or incomplete answers or forms will result in automatic exclusion and several months delay. For a service officer’s assistance, there are numerous phone numbers available: 1-833-839-8387 (national), 515-323-7545 (Des Moines office), 319-339-7063 (Iowa City VA  Center). This info is also available at WAVP.

To those already enrolled in the VA Medical system, you can pick up a permanent ID card at the Waterloo VA medical center.

The US Army Field Band & Soldiers Chorus will present a program on March 20, 2020, at 7 pm, at Gallagher Bluedorn. This event is free and open to the public. Stop at WAVP for regular monthly fish fry before heading to Cedar Falls!

Well here we go again, if you didn’t get it done in 2019 make a new plan for 2020. The numbers in the year being the same will not be seen by anyone now living and very few living today saw the 1919 nor will they see 2121. I sometimes digress on trivia which I think helps to keep my mind fresh to meet the daily challenges.
Those of you that are reading the entire newsletter tell your friends and fellow vets to click on the commanders call to open up the entire newsletter. We need more reading of this or we may as well give it up. It’s a lot of work.
Congratulations to Dave Farran ! He has spearheaded the movement to get the diagonal Hwy 330 from Marshalltown to the Capital grounds named “Submarine Veterans Memorial Highway”. This is a 52 mile stretch of road, which signifies the exact number of submarines lost WWll. The signs are up!
AMVETS Post 79 has donated $300 to the VA Hospital in Iowa City as well as $300 to the Iowa Veterans Home in Marshalltown. These funds were made possible by the raffle held at the membership dinner. Thanks to all who contributed.
There are still several members who have not yet paid their 2020 dues. If you have received your current membership card, thank you. If not, please send your dues of $35 to P.O. Box 93 Waverly to maintain your membership. Go to the AMVETS national organization website to realize the benefits of membership. Also, your dollars assist in the effort to maintain and expand the federal VA benefits for all veterans. Remember, as the number of veterans declines, your voice becomes ever more critical.
It’s important to attend the monthly meeting on the second Wednesday at 7 pm.
RECRUIT!  RECRUIT!  RECRUIT!!!
RON IHDE 319 276 4662 and 319 290 6762.

A new year and so much work for all of us to do. I’m talking about recruiting new members. This is not hard work in fact it’s interesting to find out about people who have served, to listen to their experiences and give them the opportunity to join and support fellow veterans.

I would also support an effort by the WAVP to eliminate the remaining  few bucks on the debt for this great building. Would you all join me on both counts?

Our commander, Ron, lost his wife earlier in November. Please keep him and the rest of the family in your prayers as they work through this difficult time. His message of last month still holds true: Recruit!!!

Recruiting, I hope you all know what that is and are doing some. For those needing to renew for 2020, please send dues to AMVETS Box 93 Waverly, Iowa 50677 by December 31th.

We need members in all the units we are eligible to join. As veterans we must work together and help get the job done.