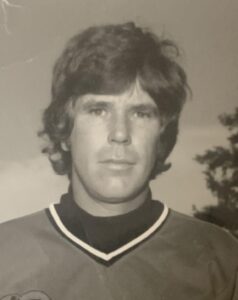 Ed was born on October 8, 1943, in Cedar Rapids, Iowa. Edward is the son of Farnum White and Margaret (Wager) White. Ed was a graduate of Jefferson High School in 1961 and of Wartburg College in 1972. Upon graduating from High School Ed joined the Air Force and was stationed in Texas, Mississippi, Michigan and ended up in Waverly Iowa. He met a local girl, the love of his life, Sandra Koepsell and married on August 20, 1967.

In his younger years Ed played fast pitch softball in Cedar Rapids. His team won many state tournaments. In 1971, Welty Way won the United States National Tournament. In 1972 they went to the Philippines for the World Championship for over 10 days and played in the Championship game, losing to Canada 1-0 in 11 innings. In 1980 Ed was selected as the All Star Manager of the tournament managing Midwest Galleries to the Nationals, were they lost to Seattle 2-1 in 14 innings. Ed White was inducted into the Hall of Fame in 1992.

Ed loved going to coffee in the morings, and to the Waverly Area Veterans Post. In the evenings he loved watching the Cubs and the Iowa Hawkeyes.

Ed is survived by his wife Sandra, daughter Kristine, of Florida, son Dan, of Waverly, two granddaughters, Kathrine and Trisha, and sister Donna Cross, of Cedar Rapids . Ed is preceded in death by his parents, infant son Brian and sister Ester Marie White.