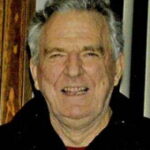 James Brian “Jay” Jebe, age 80, of Waverly, Iowa, passed away at home on January 18, 2021, from complications of battling kidney failure for six and one-half years.

Jay was born on April 8, 1940, in Waterloo, Iowa, the son of Kenneth Walter Jebe and Ruth Mayes (Kelley) Jebe.  In 1947, his family moved to Shell Rock, Iowa, when they purchased the Whitaker Funeral Home, where he grew up.  He graduated from the Waverly-Shell Rock High School in 1959.  Jay then entered the United States Air Force, serving in the 8th Airforce during the Cuban Missile Crisis.  He was honorably discharged after six years of service.  On May 29, 1965, Jay was united in marriage to Patricia Jerolaman, two children were born to this union.  In 1965, Jay began working for Carnation in Waverly.  In 1970, he graduated from Hawkeye Tech with a degree in commercial photography.  In 1978, Jay began working for Waverly Municipal Electric Company, retiring in 2005.

Throughout his life Jay had many interests and took pride in mastering many disciplines; mechanic, electrician, lineman, commercial photographer, ham radio operator, and pilot.  He loved flying and was a longtime EAA member and Oshkosh volunteer, where Jay and his son volunteered two weeks each summer for thirteen years.  He enjoyed traveling and saw much of the world from Puerto Rico to Alaska and Hawaii to Germany.

Jay’s memory is honored by: wife, Patricia of Waverly; daughter, Laura (Heath Schneider) Jebe of Las Vegas, Nevada; son, Brian Jebe of Waverly; two beloved grandchildren, Rachel and Michael Jebe of Waverly; and his very spoiled black lab, Sadie.  He was preceded in death by his parents and a younger brother in infancy.