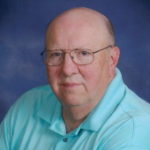 John F. Raap, 74, of Waverly, Iowa, passed away on Friday evening, March 13, 2020, at the University of Iowa Hospitals and Clinics.

John was born on April 25, 1945, in Brisbane, Australia, the son of Doris (Melrose) and Ralph Raap. He attended school and graduated from Oak Lawn High School in Oak Lawn, Illinois. On August 31, 1965, John enlisted into the United States Navy where he served until his honorable discharge on August 20, 1969. On April 6, 1974, John was united in marriage to Jo Ellen Daly in Chicago, Illinois. The couple moved to Waverly where they raised their family. John worked as an electrician and retired from CUNA after 15 years of service. John then worked part-time at Miller True Value in Waverly, where he was currently employed.

John was a member of St. Mary Catholic Church and Waverly AMVETS Post #79. John loved spending time with his family and friends. He loved attending and coaching his children’s sporting events. He also enjoyed traveling with his wife Jo Ellen until her passing in 2015. Most recently he enjoyed spending time with his granddaughters in North Liberty and visiting his daughter in Grimes.

John is survived by a daughter, Renee Raap of Grimes, Iowa; a son, Scott (Lauren) Raap of North Liberty, Iowa; two granddaughters, Lydia and Natalie Raap; two sisters, Christine Raap and Linda (John) McClenahan; and four nieces and nephews.   He was preceded in death by Jo Ellen; and his parents.