Allied submarines in the Pacific War 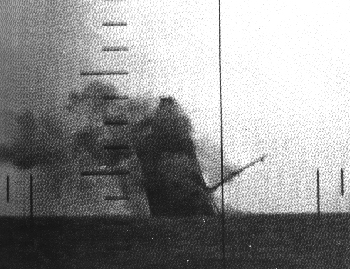 Allied submarines were used extensively during the Pacific War and were a key contributor to the defeat of the Empire of Japan. During the war, submarines of the United States Navy were responsible for 55% of Japan’s merchant marine losses; other Allied navies added to the toll.  The war against shipping was the single most decisive factor in the collapse of the Japanese economy. Allied submarines also conducted reconnaissance patrols, landed special forces and guerrilla troops and performed search and rescue tasks.  The majority of the submarines involved were from the U.S. Navy, with the British Royal Navy committing the second largest amount of boats and the Royal Netherlands Navy contributing smaller numbers of boats.
The Allied submarine campaign is one of the least-publicized feats in military history, due in large part to the efforts of Allied governments to ensure their own submarines’ actions were not reported in the media. The U.S. Navy adopted an official policy of unrestricted submarine warfare, and it appears the policy was executed without the knowledge or prior consent of the government.  The London Naval Treaty, to which the U.S. was signatory, required submarines to abide by prize rules (commonly known as “cruiser rules”). It did not prohibit arming merchantmen, but arming them, or having them report contact with submarines (or raiders), made them de facto naval auxiliaries and removed the protection of the cruiser rules.  This made restrictions on submarines effectively moot. 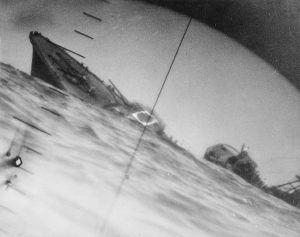 The U.S. had the largest and most powerful submarine force of all the Allied countries in the Pacific at the outbreak of war.  Pre-war U.S. Navy doctrine—like that of all major navies—specified the main role of submarines was to support the surface fleet by conducting reconnaissance and attacking large enemy warships. Merchant ships were regarded as secondary targets, and the circumstances in which they could be attacked were greatly limited by prize rules set out in the London Naval Treaty, to which the U.S. was a signatory. In order to meet their role with the surface fleet the U.S. Navy built large submarines which boasted long range, a relatively fast cruising speed and a heavy armament of torpedoes. United States submarine habitability was greatly enhanced by air conditioning (which German U-boats, for instance, lacked) and water distilleries, and were more comfortable, hence better suited to long patrols in the tropics, than those of the other major powers. The submarines’ commanders and crewmen were considered elite and enjoyed a strong esprit.  On 7 December 1941, the USN had 55 fleet- and 18 medium-sized submarines (S-boats) in the Pacific, 38 submarines elsewhere, and 73 under construction.  (By war’s end, the U.S. had completed 228 submarines.)
While Britain stationed a force of submarines in the Far East prior to the outbreak of war, none were available in December 1941. The British had 15 modern submarines in the Far East in September 1939. These submarines formed part of the China Station and were organized into the 4th Flotilla. Although the number of British submarines in the Far East increased in early 1940 when the 8th Flotilla arrived at Ceylon, both flotillas and all their submarines were withdrawn in mid-1940 to reinforce the Mediterranean Fleet.
The Netherlands also maintained a submarine force in the Far East in order to protect the Netherlands East Indies (NEI). In December 1941, this force comprised 15 boats based at Surabaya, most of which were obsolete.
Read more about this subject on the page entitled “Allied submarines in the Pacific War” only at Wikipedia.org