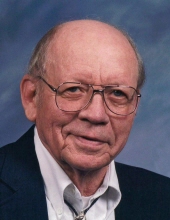 William died when Ray was fifteen years old, and Emma moved the family to Waverly, where Ray graduated from high school in 1947. In the fall of that year he started studies at Wartburg College, studying liberal arts and business administration. He transferred to the University of Iowa for his senior year, graduating in 1951 with a Bachelor of Science in Commerce and a minor in English. Ray married Edith JoAnn (Jo) Arbogast in 1954, in Parkland, Washington. They raised three children, and although they later divorced, they remained friends.

From childhood, Ray was fascinated by engines and airplanes, and during late high school and college he served in the United States Naval Reserve. After graduating from college, he entered multi-engine pilot training with the United States Air Force as an aviation cadet from 1951 to Febuary, 1952, at Greenville (Mississippi) Air Force Base. His next stop (1952 to 1954) was Reese Air Force Base, Lubbock, Texas, where he trained on the T-6 and was also an electronic countermeasures pilot of B-29 and B-25 aircraft. From 1954 to 1957 he piloted DC-3 and DC-4 aircraft in special missions for both military and civilian VIP out of Frankfurt, Germany (Rhein-Main Air Base.)

Still in the Air Force, Ray worked as an Assistant Professor of Air Science and Faculty Advisor in Military Affairs in the ROTC program at Drake University, Des Moines, from 1957 to 1960. During this time he graduated from the Air University’s Courses in Academic Instruction and also from Squadron Officer’s School.

In 1960 Ray was transferred to “The Country Club of the Air Force,” Hamilton Air Force Base, along the western shore of San Pablo Bay near Novato, California. During his three years there, he flew special air missions in support of Army VIP at the Presidio in San Francisco and was an instructor pilot on the DC-3. This might have been his favorite assignment, as he always said Hamilton was the most beautiful air base in the world.

During 1963, Ray was part of the second contingent of U.S. Air Force pilots known as “The Dirty Thirty” (not to be confused with the 1959 Iowa State football team.) They were “on loan” to the Vietnamese Air Force (VNAF) and under the command of Lt. Col. Nguyen Cao-Ky, serving primarily as instructors for the VNAF pilots. As part of this operation, Ray was awarded the Air Medal and the Vietnamese Senior Pilot certificate. The Dirty Thirty was, and still is, the only Air Force contingent ever to serve under direct command of a foreign nation, and its pilots were the first U.S. airmen committed to combat in Vietnam.

After returning to the United States from Vietnam, Ray was happy to be stationed back at Hamilton, from 1964 to 1968, serving as Operations and Maintenance Officer in the Navigator Instructor Squadron. While there, he earned his Command Pilot rating, which he said he was “more proud of than anything else I did in the service.”

Another foreign assignment began in 1968, when he was transferred to Incirlik Air Force Base, Adana, Turkey. He served in several capacities there: Base Operations and Training Officer, Chief of Flight Operations, Deputy Base Commander, Aircraft Commander DC-6, and Instructor Pilot DC-4. He was able to have his family with him for this assignment, and they all loved the two years they spent there.

Ray’s final assignment with the Air Force was from 1970 to 1972, at Andrews Air Force Base (now Joint Base Andrews) in Prince George’s County, Maryland. He was an instructor pilot and Flight Examiner DC-6 in Air Transport Operations. He retired from the United States Air Force as a Major on May 31, 1972. Throughout his Air Force career he earned several medals, including the Air Force Commendation Medal; Meritorious Service Medal; Outstanding Unit Award; Expeditionary Medal; Republic of Vietnam Combat Medal/Vietnam Campaign Medal; Army of Occupation Medal (Germany, 1954); and Small Arms Expert Marksman Medal.

Throughout his career as a pilot, Ray flew official missions for the Air Force to over 70 countries, and this was something he very much enjoyed discussing with anyone who was interested. He also claimed to have “unofficially” touched down in countless other countries over those years, but don’t tell anyone….

Ray was not done working when he left the Air Force. After moving his family back to his hometown of Waverly, he began his second career in 1973 as Judicial Magistrate for the Iowa District Court, 2nd Judicial District. He remained in this position until retiring in August 1992. Although some who appeared before him might disagree, he was known as a fair and professional judge by most who came to his court. He very much enjoyed this job, his coworkers, and numerous others he had the chance to meet during this career.

Among Ray’s interests were watches and clocks; the weather; writing; United States and P.O.W. flags; airplanes; and trivia, but he could and did talk with anyone about anything, and enjoyed doing so with his many friends. He was also not shy about “re-educating” anyone he felt needed it, on proper display of the flag. Many family and friends will greatly miss his morning “trivia texts” that he really enjoyed sending.

Ray is survived by his daughters, Carla Lown (Tom) of Waterloo, and Christa Jacimore (Larry) of Little Rock, Arkansas; his son, Charles, of Waterloo; his former wife and mother of his three children, Jo Little of Little Rock, Arkansas; his grandchildren, Jessica Moser of Jacksonville, Arkansas, Jamie Ford (Corey) of Iowa City, Michael Newburg (Susan) of Mechanicsburg, Pennsylvania; and his great-granddaughter Abigail Rae Moser, of Jacksonville, Arkansas; as well as several nieces and nephews, and numerous good friends.