From the Commander:   Although this Airman was not an AMVET, I felt it was appropriate since on several occasions I have mentioned the job the JPAC team and the dedication of the Joint Prisoner of War/Missing in Action Accounting Command does.  This is an example of why the U.S. is special; we never stop looking for our POW/MIA’s.

This was provided through the Iowa National Guard and the office of Col. Greg Hapgood, Public Affairs Officer. 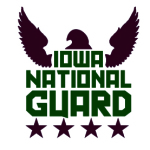 FOLLOWING DISCOVERY OF REMAINS IN BELGIUM

Nearly 70 years after completing his final bombing mission, Staff Sgt. Maurice L. Fevold is returning home to Iowa.
Fevold, a 21-year old Badger/Eagle Grove, Iowa native was assigned to the 599th Bomber Squadron, 397th Bomber Group (Medium), U.S. Army Air Corps. On Dec. 23, 1944, the first day of aviation operations for the Battle of the Bulge, Fevold, along with five other crew members, took off from Saint Quentin, France onboard a B-26G Marauder bomber aircraft to attack an enemy-held railroad bridge in Eller, Germany. Their aircraft was shot down by enemy anti-aircraft fire near Seffern, Germany, which borders Belgium. A total of 10 U.S. aircraft were recorded as lost in the vicinity of Seffern during this specific mission.

Fevold, the aircraft’s armorer-gunner, and the entire crew were officially declared deceased on Dec. 23, 1944, but their remains were never recovered. In November 2006, the Joint Prisoner of War/Missing in Action Accounting Command – Central Identification Laboratory (JPAC) received information of a possible aircraft crash site near Allmuthen, Belgium. In March 2007, a JPAC Investigation Team surveyed the purported crash site, where human remains and physical evidence were recovered in 2012 by JPAC personnel.

In 2014, JPAC’s Research and Analysis Group concluded a historical association existed between the artifacts and human remains recovered at the Belgium excavation site and Missing Air Crew Report #11985 from World War II. Mitochondrial DNA testing positively identified the remains as belonging to Fevold and other crew members from the missing aircraft.

Maurice Fevold was born Feb. 21, 1923 near Badger, Iowa to John and Carrie (Thorson) Fevold. He grew up in the Badger/Eagle Grove, Iowa area and was a 1941 graduate of Eagle Grove High School.

He was preceded in death by his parents and sister, Jeanette Prime. He is survived by great nephews and great nieces: William Bushman of Missouri; Robert Sweeney of Hawaii; Michael Sweeney of Washington; Vicki Riley of Iowa; and Shelly Everheart.

A memorial service will be held on Monday, Oct. 20 at 2 p.m. at Bruce Funeral Home, followed by interment at the Blossom Hill Cemetery, Badger, Iowa (located northeast of Badger on 110th St. and Racine Ave.), with full military honors provided by the Iowa National Guard. The public is welcome to attend the visitation, funeral, and graveside service.