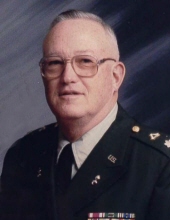 Tom was born on September 3, 1940, in Ames, Iowa, the son of Ruth (Schmitt) and Basil Dee Hicks. He attended elementary school in the Des Moines Metro area prior to becoming a resident at the Lutheran Children’s Home in Waverly. Tom attended Waverly High School and graduated in 1959, and then attended Wartburg College. On November 15, 1964, Tom was united in marriage to June Dreier. To this union their daughter, Lilah was born.

Tom was a member of the Waverly Police Reserve, the Waverly Board of Electrical Examiners where he served as chairman, Waverly Amvets Post #79, and the Denver American Legion Post #653. He loved his model trains and also enjoyed camping, fishing, hunting and trapping. However, his greatest joy was time spent with his grandson, Tyler.