USS IOWA to Return to the US Naval Fleet? 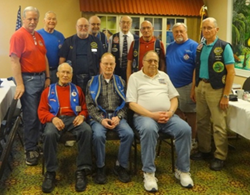 Primary topic of discussion was the upcoming construction of the new Virginia Class Submarine, named the USS Iowa, SSN 797. Construction is slated to begin in September of 2016 and the Commissioning Ceremony to be in Late 2020 or early 2021. The Commissioning Committee will be chaired by US Navy Captain Peter Welch a third generation Cedar Rapids resident. There will once more be a USS Iowa in the fleet but this time it will be a Fast Attack Nuclear Submarine instead of a Battleship.